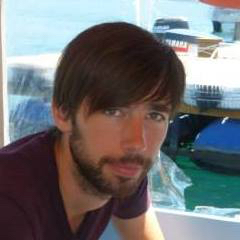 Welcome to my personal webpage, and thanks for taking the time to have a look! I am currently a postdoctoral Humboldt fellow at the Munich Center for Mathematical Philosophy, where I work on a wide variety of topics involving causation and causal modeling.

Up until the Summer of 2019, I was a postdoctoral researcher at the Department of Philosophy and Religious Studies, Utrecht University, where I worked under the supervision of Jan Broersen, as part of the REINS project.

There I focussed on formalizing the concept of moral responsibility. The goal was to engage both with philosophical problems surrounding the notion of responsibility, as well as with ethical and practical issues that show up when thinking of responsibility in the context of Artificial Intelligence.

Before coming to Utrecht, I was invited by James Conant to spend two months at Leipzig University, Institute of Philosophy. There I worked on interpreting Wittgenstein’s Tractatus Logico-Philosophicus, a topic to which I hope to return one day.

During the 2016-17 academic year I was a B.A.E.F.-research fellow at Cornell University, Department of Computer Science, where I worked under the supervision of Joe Halpern.

Prior to my stay at Cornell I obtained a PhD investigating the topic of Actual Causation at the University of Leuven, Department of Computer Science, under the supervision of Joost Vennekens. Part of my current research is an extension of my work on causation into formal ethics. Concretely, I work on formalising definitions of responsibility, intention, and blameworthiness, taking formal definitions of causation as my starting point.

However my interests are not limited to these problems but span a much wider range of topics, such as the ethics of AI, the (ir)rationality of belief in the supernatural, philosophy of mathematics, bounded rationality, the philosophy of Wittgenstein, cultural relativism, and many more.

Feel free to send me an e-mail if you would like to get in touch: srekcebrednas@gmail.com.